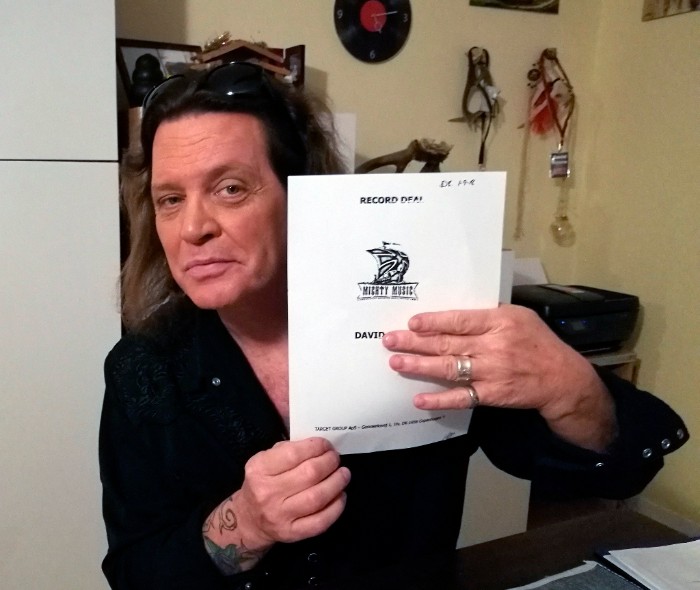 I was searching for a record company that would see my vision as a solo artist so I reached out to Mike Tramp and he suggested I speak with Michael H. Andersen at Mighty Music. Michael teamed me up with the Danish producer and song writing team Marco Angioni and Martin Jepsen Andersen, both from the band Meridian. The collaboration we’re working on is exactly where I want to go musically – and Michael H. Andersen and Mighty Music have given me a home to release my new record and given me 100% support and belief in this new record! The album will be recorded at Death Island Studio in Denmark with Marco Angioni as producer, and is expected to be released in late 2018. Touring for the album will follow

Fuori a febbraio in nuovo album dei Sainted Sinners dal titolo “Back with a Vengeance”.