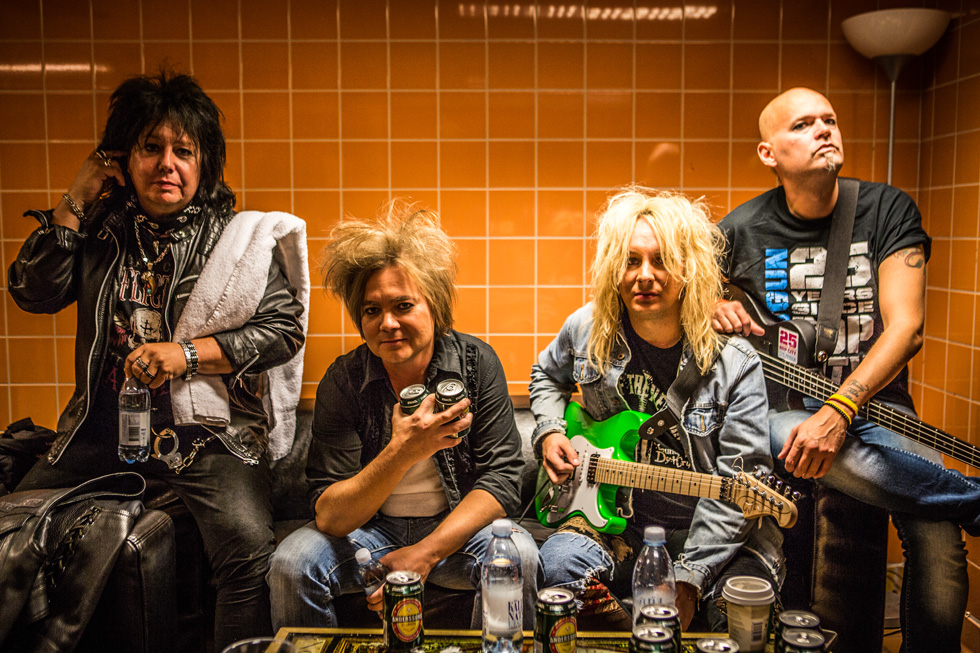 SHOTGUN MESSIAH was the pioneers of the glam and sleaze era back in the 80’s and one of the first acts to come out of Sweden to relocate to the U.S. and actually hit the charts and make a name for themselves. With extensive tours, press, radio and TV covering the entire U.S. under the belt for some years, SHOTGUN MESSIAH was worn out in 1993 and decided to call it quits.

Later in the 90’s you could find the former members in bands like MARILYN MANSON, TOM WAITS and ZAN CLAN.

Over the years some of the members in former SHOTGUN MESSIAH has been made aware by their fans that they never got to play their songs live for their supporters in Europe, Latin America or Asia.

Now 25 years after the release of their first album, two of the band’s biggest supporters contacted singer ZINNY J. ZAN and drummer STIXX in order for them to consider a reunion and actually get the opportunity to play these songs for one last tour. An opportunity for the supporters that once missed out to hear the songs live – but also for it to be captured and released as a live album.

THE CATCH, YOU SAY? These two hardcore supporters wanted to see the original line-up reform. Since that was a definite no-go they gladly volunteered to fill the two missing slots. The two fanboys happened to be none other than…