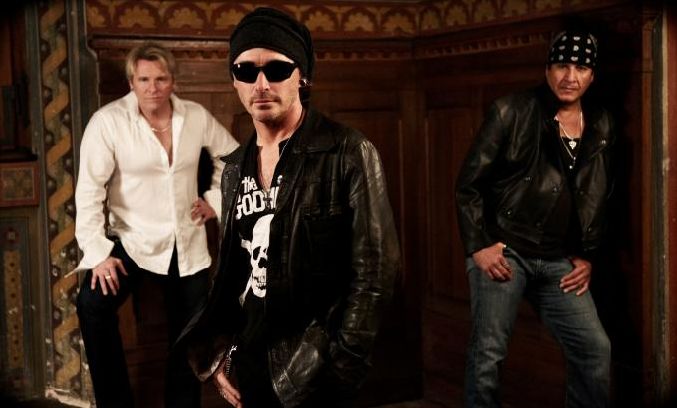 “I felt honored when Serafino Perugino, Frontiers Records President, offered me the opportunity to return to the homeland of my family and to work with people I respect artistically”, says Tommy LaVerdi. “My only complaint is that it went by so fast. I will be happy to continue making many records with Alessandro and Frontiers Records in the future! One the songs on the album is called “I Will Find My Way” and when I got lost while going for a fast little walk in the forest of Somma Lombardo before going into the studio, that song was suddenly my favorite… 8 hours later, it was nice to know that Alessandro and Josh were actually worried about me. We all became friends so quickly, it was very sad to leave each other after we finished recording and filming the videos. I really would love to get this band on the road and play these songs in front of a live audience. We just need to make sure that Frontiers doesn’t book any of the shows close to the forest!”

Anche Josh Ramos ha aggiunto commenti positivi sul suo operato: “It was great to work with Alessandro. I got to know him first through e-mail, then when I met him in person it was like I already knew him, nice person, great singer, producer, keyboard player and cook, Tommy is a very funny guy, interesting person, sometimes intense, but that’s by being in the business so long and having to deal with so many things. Mike is also a funny guy, very talented drummer and vocalist. Wishwe could spend more time together!”

Michael Shotton si è detto entusiasta: “I am exceptionally proud to be a part of this project. The songs are punchy with great hooks and performances. Since the first time the three of us actually met in person and unbelievable vibe created instantaneously between us.  It was like we had ben playing in a band for years.  That’s a rare thing……egos in park and 0 to 60 in seconds.  It was amazing and I really think fans of our previous works and new fans will see and feel that! I really look forward to hearing how our older fans are going to enjoy this piece of work.  I think it totally kicks!!!!!”